We Can Rebuild You 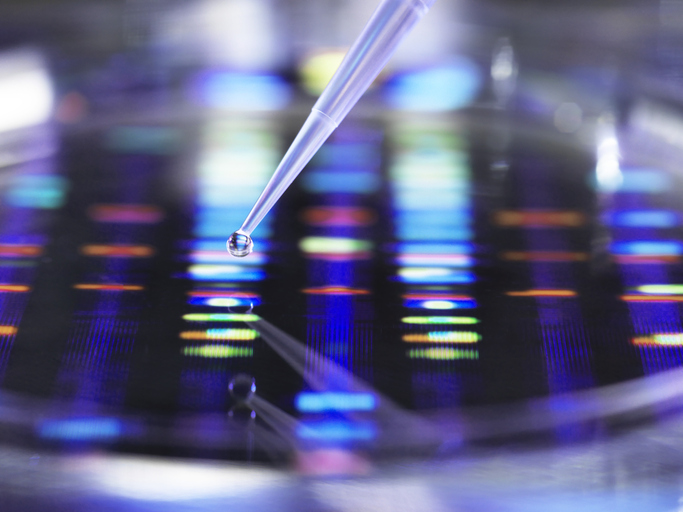 A study by scientists at RCSI and the SFI AMBER Centre was looking to improve nerve repair treatments and relieve the current reliance on grafted nerves. And there’s been a breakthrough; researchers in Ireland have announced just this – potential nerve repair treatments designed to mimic the body’s own healing process are a possibility.

Fergal O’Brien is Professor of Bioengineering and Regenerative Medicine, Deputy Vice Chancellor for Research & Innovation, and heads the Tissue Engineering Research Group in RCSI, one of the largest advanced biomaterials and tissue engineering/regenerative medicine research groups in Ireland, and is Principal Investigator leading the team on the study.

In a nutshell, this study has developed a new approach to repairing peripheral nerve defects by developing a biomaterial composed of specific extracellular matrix (ECM) proteins, which play an important role in nerve formation.

“The general concept behind my group and what we do in the RCSI is to use our knowledge of human tissues to see can we design materials that mimic those tissues,” he explains. “And our experience is that if you’ve got good bioengineering capability, the best template when designing a biomaterial to repair damaged tissue is to mimic the native tissue itself.  Our tissues and organs have remarkable capacity to repair but when this capacity is reduced through injury or trauma, by using tissue matrix components engineered with a suitable architecture to support native tissue cells, we can help the body to overcome that problem”.

Essentially, this is what the study showcased: the use of ECM proteins to regenerate nerves without the ‘traditional’ need for stem cells or nerve grafting. The new biomaterial showed an excellent capacity to repair large defects eight weeks post implantation. According to the study, published in the journal Matrix Biology, the research team also said there was increased pro-repair inflammation, blood vessel density and regenerating nerve density compared to the current standard of care.

“So, the typical treatment, if you are unfortunate enough to be in a car accident, or suffer nerve trauma such as a serious burn, is to take a nerve graft from your foot and if you can get that in place, it works reasonably well for small defects. The problem is, there is limited spare nerve tissue to utilise if you’ve got a traumatic lesion like that. The next logical step is to take somebody else’s. An allograft, a nerve graft transported from a tissue bank. And that doesn’t work anywhere nearly as effectively as the nerve from yourself, because it’s not yours, and it can get rejected if it doesn’t match up perfectly.”

“So, here, we take ECM proteins from the nerve tissue, we reconstitute them, we restructure them with a controlled microarchitecture in a very controlled manufacturing process, and we develop a synthetic nerve graft based on the proteins within the body so that when it goes into the body, the body doesn’t reject it, the cells within the body see it as a normal environment to grow on.”

“What we’re trying to do is to target the body’s own cells,” he continues. “Typically the body’s own stem cells, so it’s a much quicker, more simpler process if the material itself can work effectively. Many groups around the world are trying to develop synthetic materials for tissue repair, but normally they don’t work very effectively. And I guess our approach is successful because we mimic the native tissue but also have the pedigree in advanced materials manufacturing to produce a successful product.”

Over the past number of years, he explains researchers from the RCSI University of Medicine and Health Sciences, AMBER, the SFI Research Centre for Advanced Materials and BioEngineering Research along with global medical technology company Integra LifeSciences have been trying to develop this material for peripheral nerve defects.

“There are a number of iterations of this development,” he continues. “This study and the next generation of it, the fourth generation project, is us basically asking can you evolve it to treat bigger nerve injuries than would be possible with currently available technology?  We have recently started another study with Integra which will help us answer this question.  We are confident it will allow us to succeed where others have failed.
“We’ve had success in the past targeting bone and cartilage, where again, we’re taking material components from the tissues, like collagen, for example, and mixing them together with other matrix components, manufacturing them in a really controlled system resulting in products suitable for implantation. Two of these technologies for bone and cartilage repair have already made their way to human patients where they have performed very well.

“Our success with peripheral nerves has also allowed us to start focusing on even more complex situations including spinal cord injury where we have partnered with the IRFU Charitable Trust.  “To address this complex scenario, we are making the material electroactive. So the material is biologically functional like before but it’s also electroactive as well, because that’s what our nerves do – carrying electrical stimuli to and from the brain. This material also incorporates stem cells and gene therapeutic,s though it will likely be a few years down the line before we understand its full capability.”